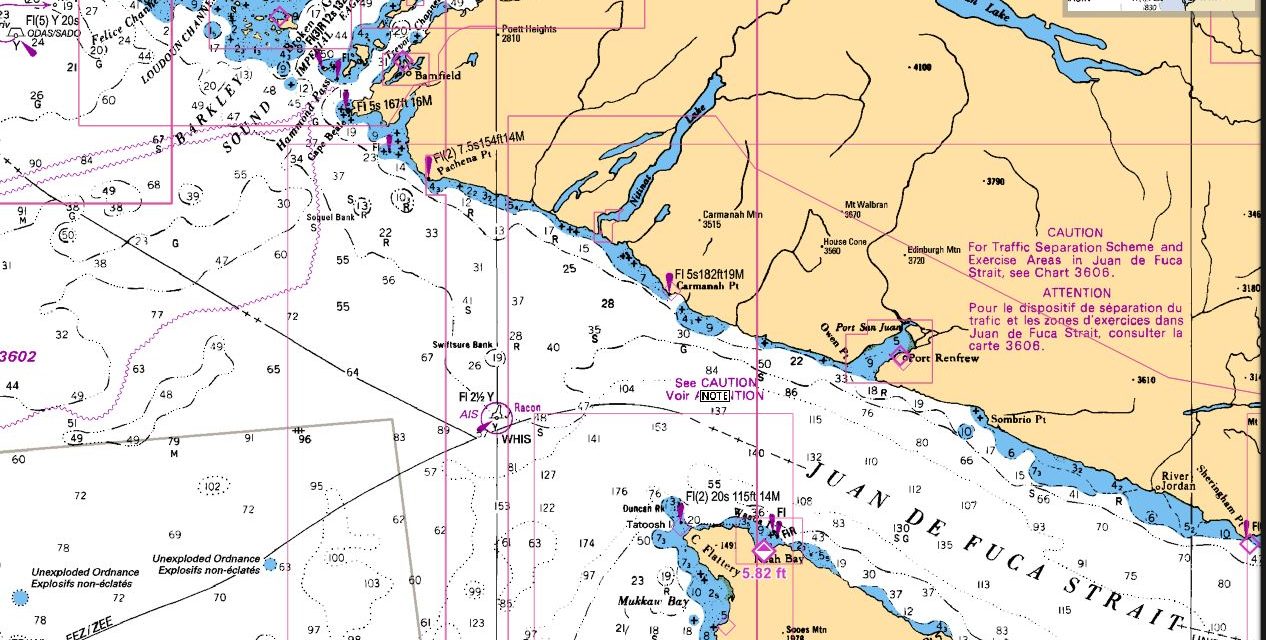 Nitinat Narrows, located on the West Coast of Vancouver Island between Port San Juan and Barkley Sound, connects Nitinat Lake with the Pacific Ocean. Entrance to the narrows is obstructed by rocks and a shallow bar; only a few boats each year attempt to make it through. Many years ago, Don and Reanne Douglass took their 32 Nordic Tug across the bar, through the narrows, and into Nitinat Lake. In their guidebook, Exploring Vancouver Island’s West Coast, Don describes the experience, including the comment that crew refused to ever try it again. More recently, another brave soul from the Fidalgo Yacht Club in Anacortes, Red Bennett, made it through in his Ranger Tug 29, Honey Badger. Here’s his story:

I was heading to the Broken Group in Barkley Sound to go fishing with my Ranger Tug 29 and crew partner Carlos. When we realized that we would not make it to Barkley Sound before dark, we decided to duck into Nitinat Bar, which appeared to have a place to drop the hook for the night. It turned out to be rolling and rough, so we entered the Narrows (and I mean NARROW) on a swift flood tide. Once committed, there was no turning back. We had about 8 knots of current and powered through to avoid the rocks. 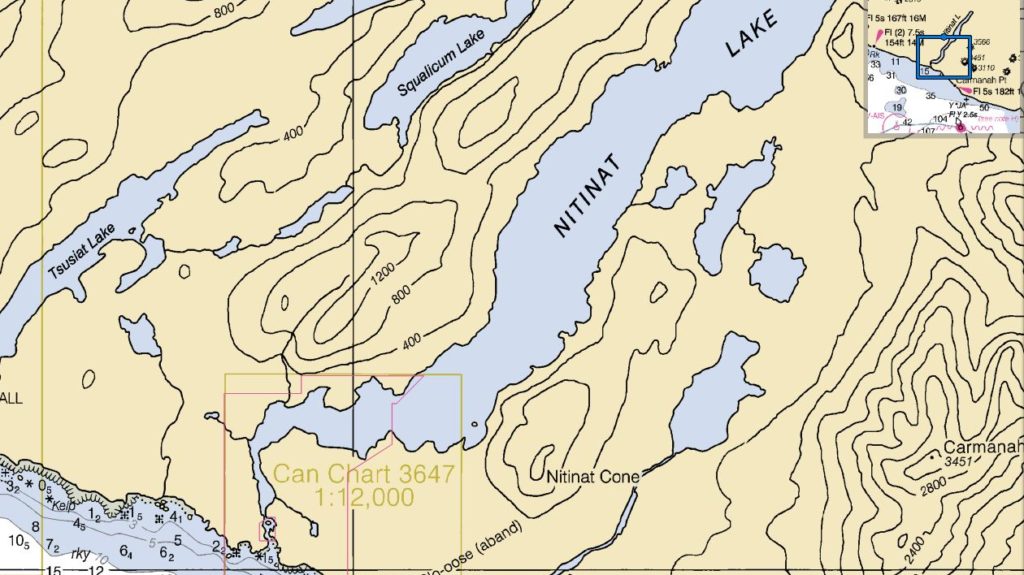 Just inside the Narrows is Cannery Bay, a large, mostly shallow bay where we hoped to drop the hook. Beyond Cannery Bay is the very large Lake of Nitinat. As we motored into the bay, a lady standing at what turned out to be Carl’s Crab Shack, waved us over. We were invited to spend the night tied up at the dock. Carl said they serve both dinner and breakfast, but we were too late for dinner; however, Carl did offer to cook some crab for us, what a treat! 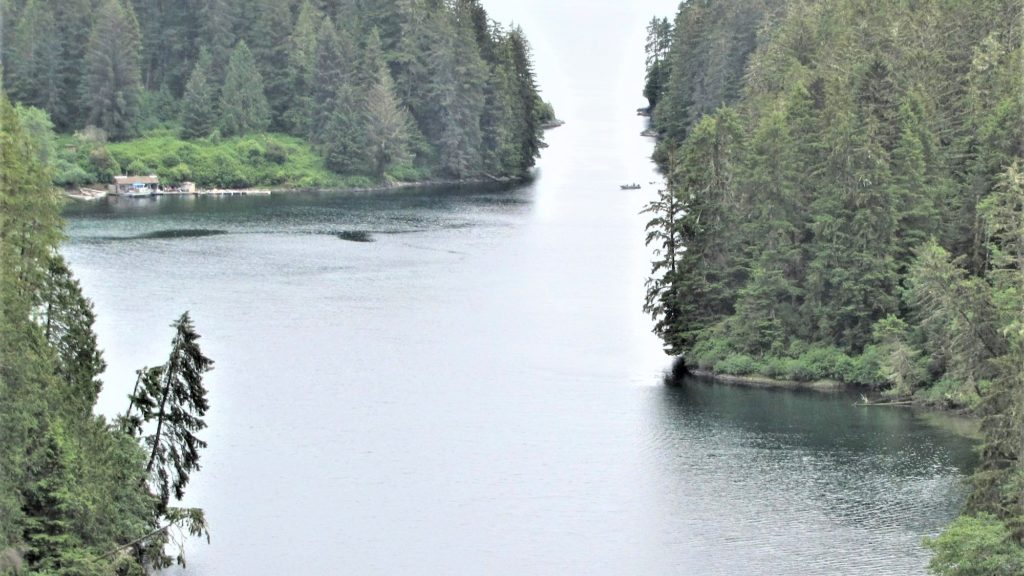 After a restful night at the dock, we followed Carl’s advice and left before breakfast for slack water at the Narrows. Like Douglass’ crew, my crew partner, Carlos, said “never again!”

For those interested in an exciting, unique adventure into Nitinat, I recommend contacting Carl on VHF Ch 68 or phone 250-701-1016 for local advice on timing slack at Nitinat Narrows. The Nitinat area is popular with kite sailors, campers, and hikers that access the West Coast Trail. 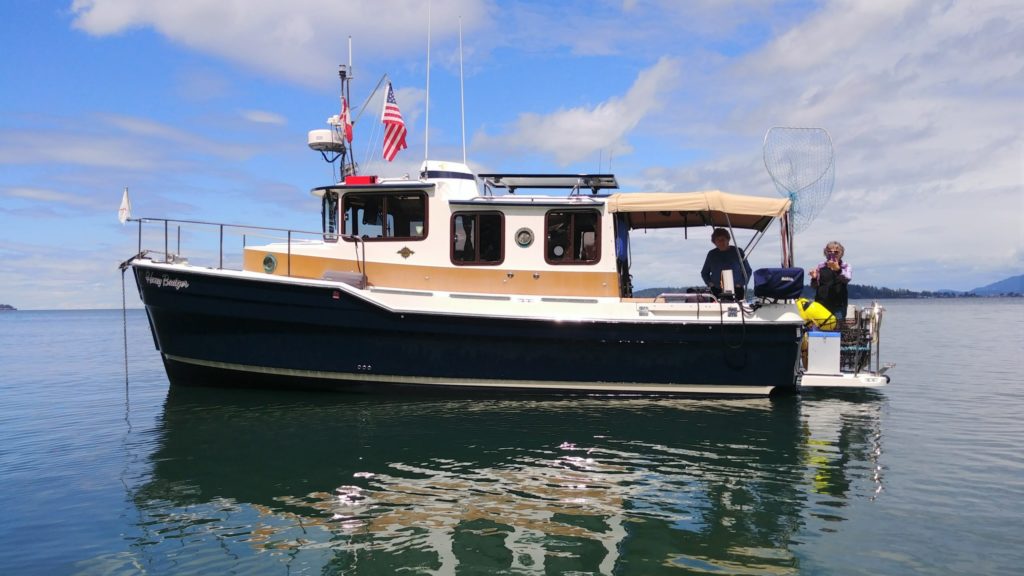 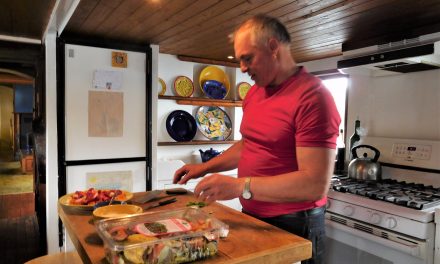 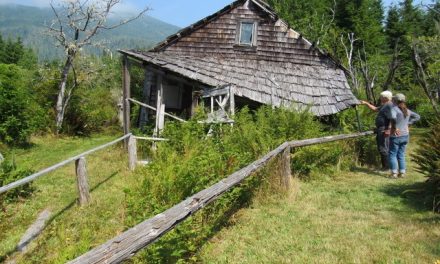 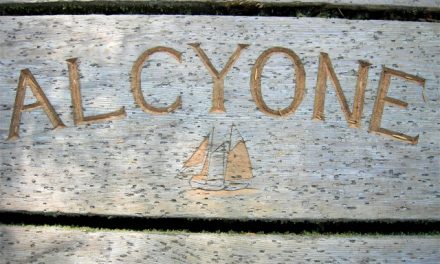