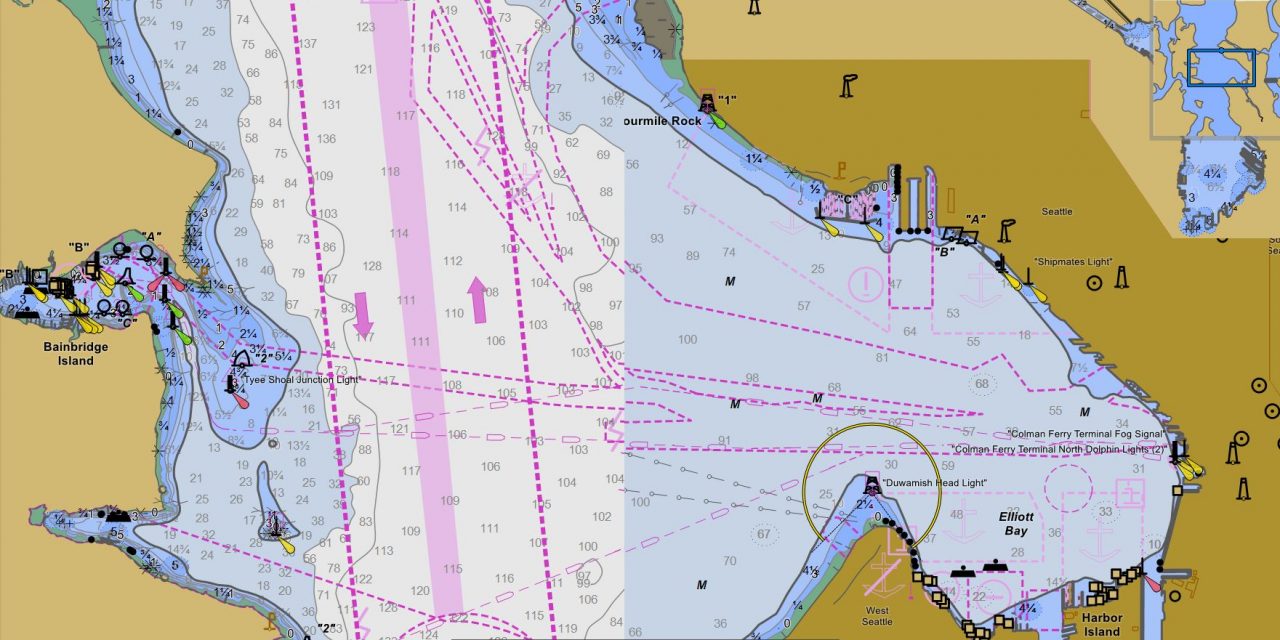 November of 2019 NOAA published their timeline and plans to phase out all raster chart products in favor of vector charts by January of 2025. More than two years prior, NOAA published a Draft National Charting Plan, which included plans to phase out raster charts. Then in November 2017, following a comment period, NOAA published their National Charting Plan that included a focus on vector chart products. Together, these two NOAA documents describe the future of nautical charts. The future of charts is a multifaceted subject area. However, NOAA’s plan to phase out all raster products is attracting much attention.

What Is Here Now – boaters currently have a choice of Raster Navigation Charts (RNC) or Vector Electronic Navigation Charts (ENC). Raster charts are digital or paper images of traditional nautical charts created by cartographers. The electronic image comprises rows of color pixels, or dots of ink, which form the symbols, lines, and tints that compose a chart. Vector charts are digital data that store features as pairs of latitude and longitude coordinates (as opposed to a matrix of pixels). Records associated with each feature further describe its color, shape, purpose, or other attributes.

The Why– Raster charts and electronic images of raster charts (RNCs) have been around for a long time. The Coast Survey created and published the first paper charts more than 180 years ago. New techniques, equipment, and technology is now available to create improved vector or electronic charts (ENCs), which is NOAA’s goal for the next few years. The database for displaying ENCs was first created in 1993, which by today’s standards, is considered old and needs updating. It’s noteworthy that the U.S. government is being pro-active in their efforts to update the database to provide more details displayed on vector charts. While the Army Corps of Engineers, the Canadian Hydrographic Services, and other foreign governments are still providing raster charts, NOAA has determined that it is too time consuming and not cost effective to maintain two types of chart products that serve essentially the same purpose; NOAA would rather focus their efforts on producing more detailed ENC charts, with new benefits. The argument is that ENCs provide the most efficient means of delivering updated navigational information, while raster chart products are behind their corresponding ENCs.

The Pros and Cons– Boaters have come to love the visual appeal of raster charts, which are created by cartographers. We appreciate the drawings of elevation along the shoreline, depicting mountains and other land features, and appreciate the more detailed water depth numbers shown on raster charts. Because electronic images of raster charts are stored as rows and columns of color pixels, there is a limit when zooming in on raster charts – the image becomes blurred and loses detail. ENCs, on the other hand, provide unlimited zoom for desired detail. The vector chart database stores features as pairs of latitude and longitude coordinates as opposed to a matrix of pixels. While vector charts may not have the visual appeal of raster charts, there is good news for the future of ENCs or vector charts.

The Good News– NOAA is undertaking a multi-year program to rescheme all ENCs into a standard, rectangular, gridded layout. The result will be a product suite of over 9,000 ENCs (also called cells); many of these cells will be compiled at larger scales than the ENCs they replace, providing more detailed coverage. The compilation of these new, larger-scale reschemed ENC charts is designedto provide new depth and shoreline data. The new S-100 ENC data standards will enable detailed information for tidal range and water movement, a big benefit for mariners.

Other ENC enhancements will include edge matching of data on adjacent cells of the same or similar scales of charts. In the past, each ENC cell was maintained within its own individual database, which made rescheming ENCs difficult. Now, all ENC data will reside within a single, seamless database called the Nautical Information System (NIS). ENCs in the past were compiled at 131 different scales; this will be reduced to 20 or fewer standardized scales during the rescheming process. These standardized scales will conform to the ENC scales recommended by the International Maritime Organization (IMO) as specified for the new S-100 series of products. The goal is to create a consistent gridded framework that can easily be segmented or extended, based on geographic location and to improve the consistency and level of detail.

The Timeline– As rescheming progresses, no corresponding raster charts will be created for the new larger scale ENC coverage. From 2020 to 2023, NOAA will systematically cancel NOAA raster nautical charts. When a chart is identified for cancellation, the print-on-demand version of the chart will be updated with a note stating that it is the last edition of the chart, and it will be cancelled 6 to 12 months later. Final notification of a chart’s cancelation will be posted on the NOAA “List of Latest Editions” webpage and in the Local Notice to Mariners.

Future Paper Charts– NOAA will still promote the use of paper chart products based on ENC data, either through the NOAA Custom Chart web app, or through third-party commercial providers selling ENC-based chart products. The NOAA Custom Chart (NCC) is available online as a prototype that is in the early phases of development. Users may define the scale and paper size of custom-made nautical charts, with a centered position of their choosing. The NCC then creates a geospatially referenced Portable Document Format, with chart notes placed on a separate PDF page. Users may then download, view, and print the PDF. To try out the NCC prototype, go to https://devgis.charttools.noaa.gov/pod.

Conclusion– While we will miss the visual rendering of raster charts, there is much anticipation regarding the potential for new improved vector charts, which may provide more detail and some major benefits. Who knows, we might even end up celebrating the dawn of a new look and feel to vector charts. 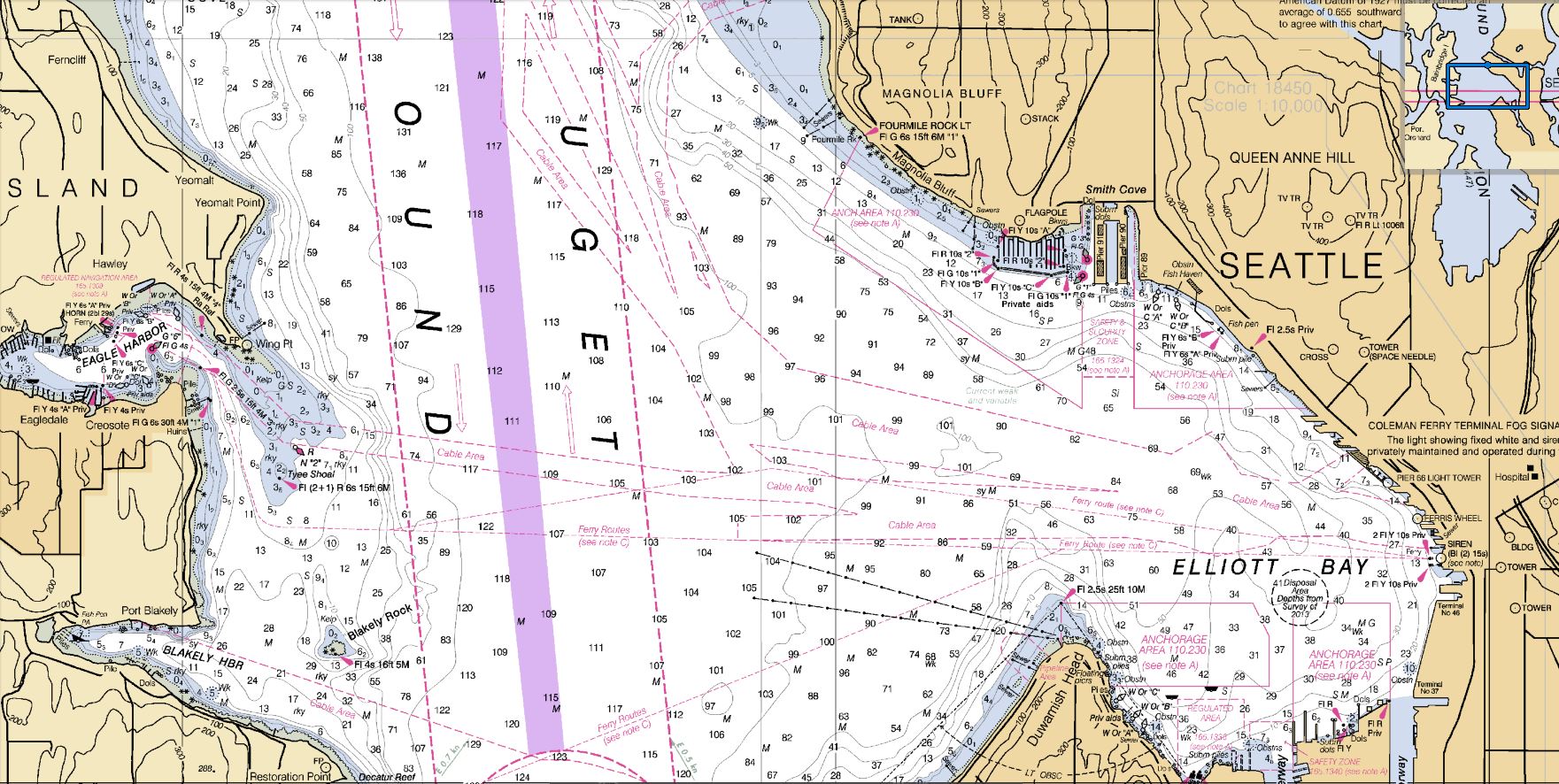 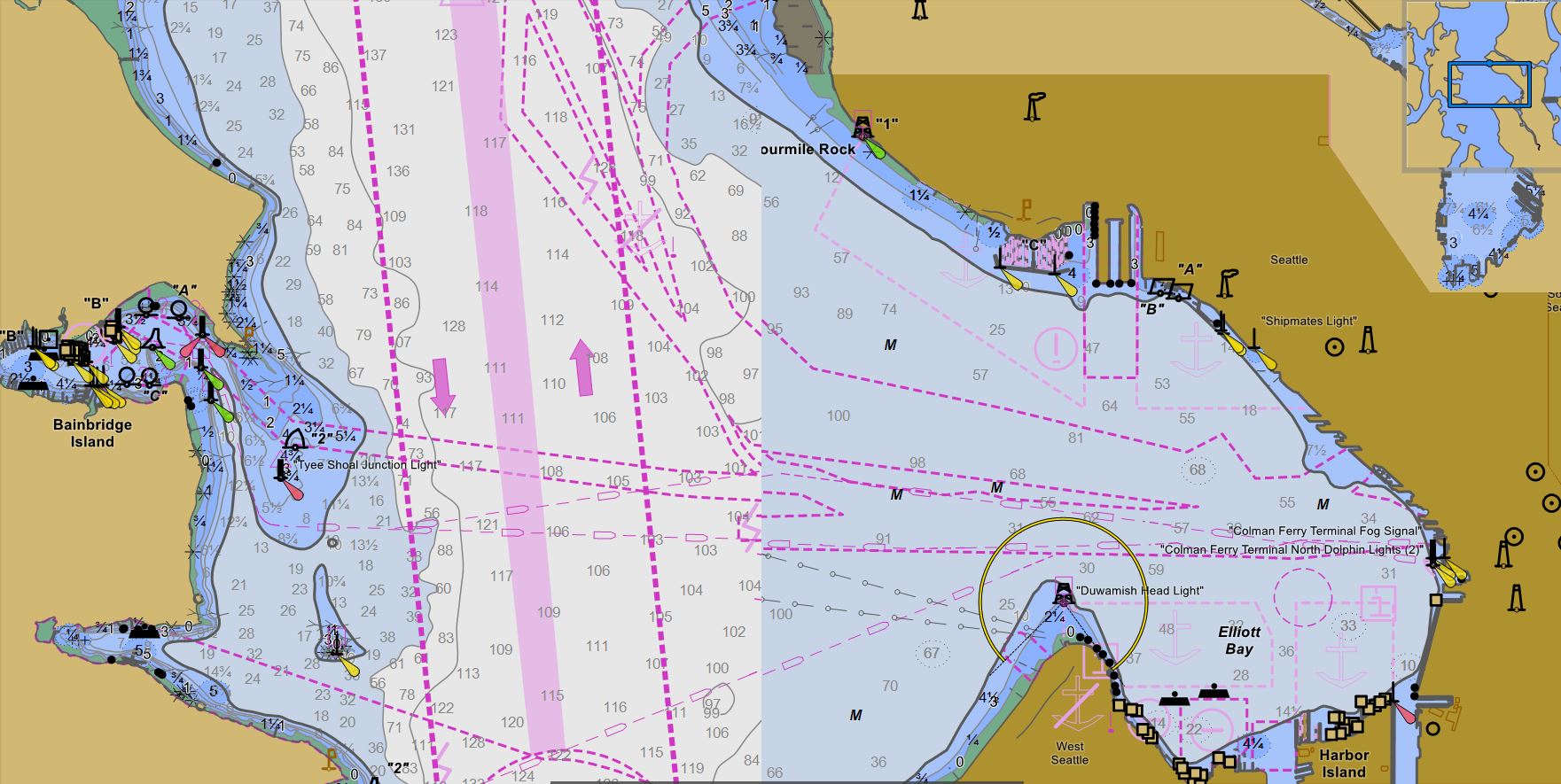 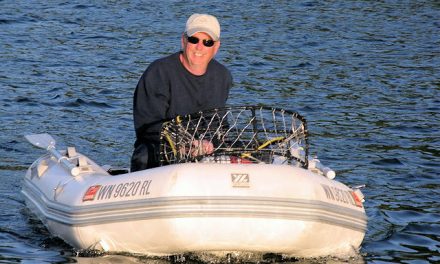 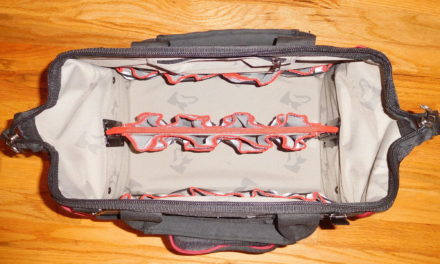 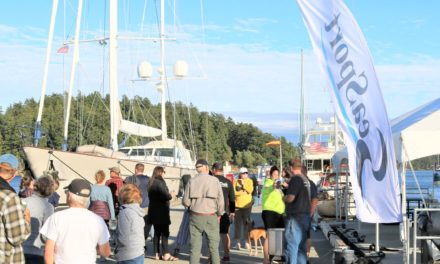 Rendezvous – Your Shape, Your Make