We are Passionate About Teaching Boaters.

Our instructors and classes are formed to give boaters the tools and experience they need by providing  high quality marine courses to boat owners.

Education is in Our Blood

Our instructors are some of the leading experts in their fields. Bringing years of first-hand experience and knowledge. 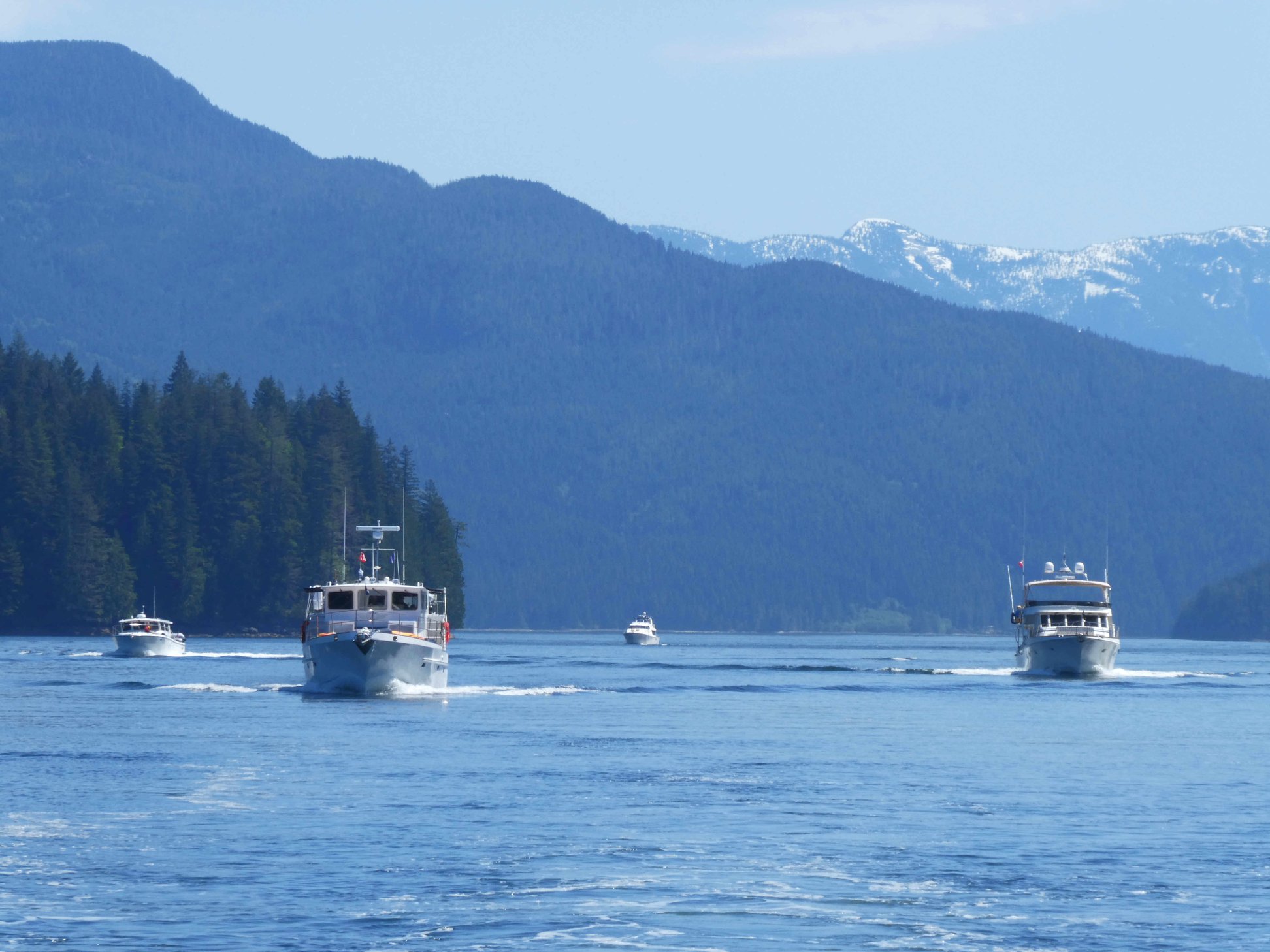 Editor of the Waggoner Cruising Guide, he is responsible for the annual research for all of the marinas and anchorages between Olympia and Ketchikan, Alaska. Mark’s articles and photography have appeared in magazines including PassageMaker, Northwest Yachting, Canadian Yachting, Dockside, Latitudes and Attitudes, Power Cruising, Soundings and Pacific Yachting. Mark holds a U.S. Coast Guard Masters rating in Power and Sail. He is on the board of the Northwest Maritime Center in Port Townsend and is a former member of the Board of Trustees for the Northwest Marine Trade Association (NMTA), the presenters of the Seattle Boat Show. Mark is the former chair of the Seattle Boat Show Committee for the NMTA, and he is the founder of Seattle Boat Show University. 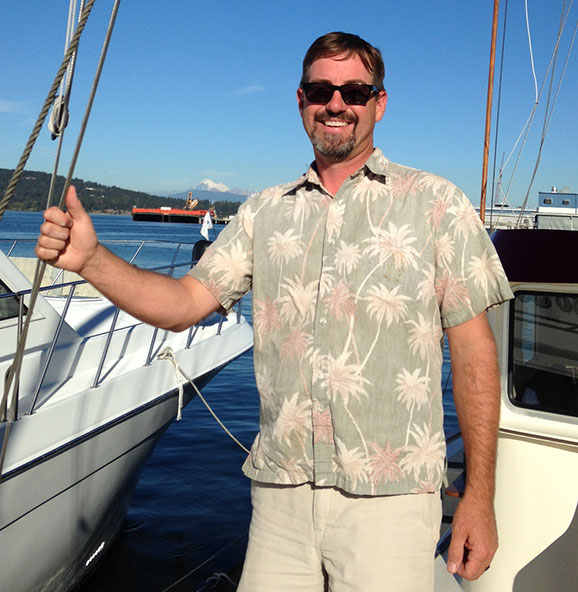 Michael is a Marine Technology instructor at the Northwest Career and Technical Academy in Anacortes, WA. He has been instrumental in developing the marine programs for the Academy that bridge both the high school/college programs with the industry needs. In the cruising community, Michael is well known as “The Boat Doctor” who can diagnose and fix almost anything on a vessel. Michael is the lead instructor for Skagit Valley College in the marine systems program, including ABYC certification courses. Mike grew up as the son of a master mechanic. This experience included learning all things mechanical including motorcycles, automobiles, and boats. 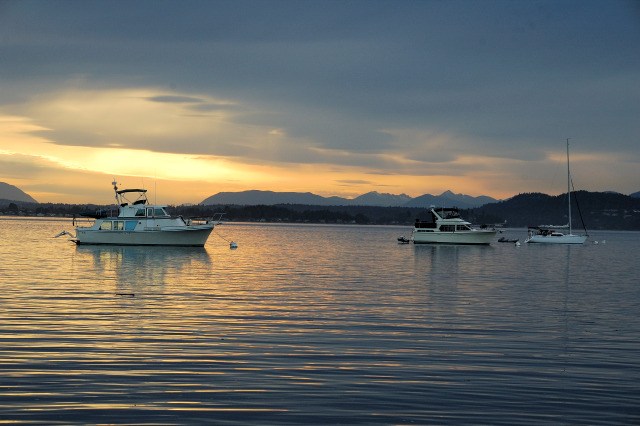 Kevin has spent most of his career on the British Columbia coast, first as a fisherman, then as a Canadian Coast Guard patrol boat skipper, and later as the Pacific Region Manager of the Coast Guard’s Office of Boating Safety. Kevin recently retired from Transport Canada national HQ in Ottawa where he worked on marine regulation and safety issues.

Kevin is the author of The Radar Book GPS-Instant Navigation and Local Knowledge-A Skipper’s Reference. His books and presentations have helped boaters get the most out of their boats and their equipment so they can manage their boat confidently and enjoy the cruising experience.

Arthur Hebert is a 28 year veteran of the U.S. Coast Guard. He served on a wide variety of the Coast Guard ships and participated in many Search and Rescue missions. He holds a 100 ton Master Inland License and is an ABYC Master Tech. He is a part-time instructor at Skagit Valley College Marine Trades program and during the summer you can find him on his 30 ft Fisher motorsailer or working as a checkout skipper for NW Explorations. 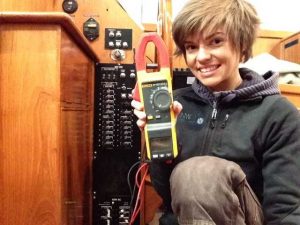 Jen received her marine training from the Skagit Valley College Marine Maintenance Technology program and holds ABYC certifications in Marine Electrical, Corrosion, Gasoline, and Diesel Engines. She specializes in AC and DC electrical troubleshooting and has a passion for labeling. Jen currently works for NW Explorations in Bellingham, WA as a lead technician. In addition to being an ABYC Master Technician, Jen has a BA in Fine Arts from Seattle University. She enjoys spending her free time sailing and power boating around the San Juan islands.

Leonard and Lorena have been boating Pacific Northwest waters for over 30 years. In the early years, they bareboat-chartered, cruising from Olympia, WA to the reaches of British Columbia with their two young sons. Since 2010, they have been cruising year-round on their 46’ Pilothouse trawler and have logged over 20,000 miles on West Coast waters from Manzanillo, Mexico to Yakutat, Alaska. Leonard has extensive navigation skills both as a boater and a licensed aircraft pilot. Lorena currently serves on the Boating Programs Advisory Committee for the State of Washington RCO. 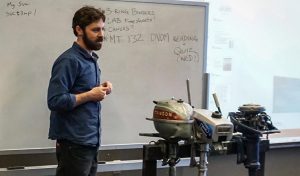 Matt Mardesich is the primary propulsion instructor at Skagit Valley College. Matt has been around the water all his life and still does some commercial fishing when not teaching at the technical school. Matt is an ABYC certified Master Technician and holds certifications in Gasoline/Diesel engines and electrical. Some of the many topics he has done include diesel engines, gasoline engines, outboard motors, and hydraulics. 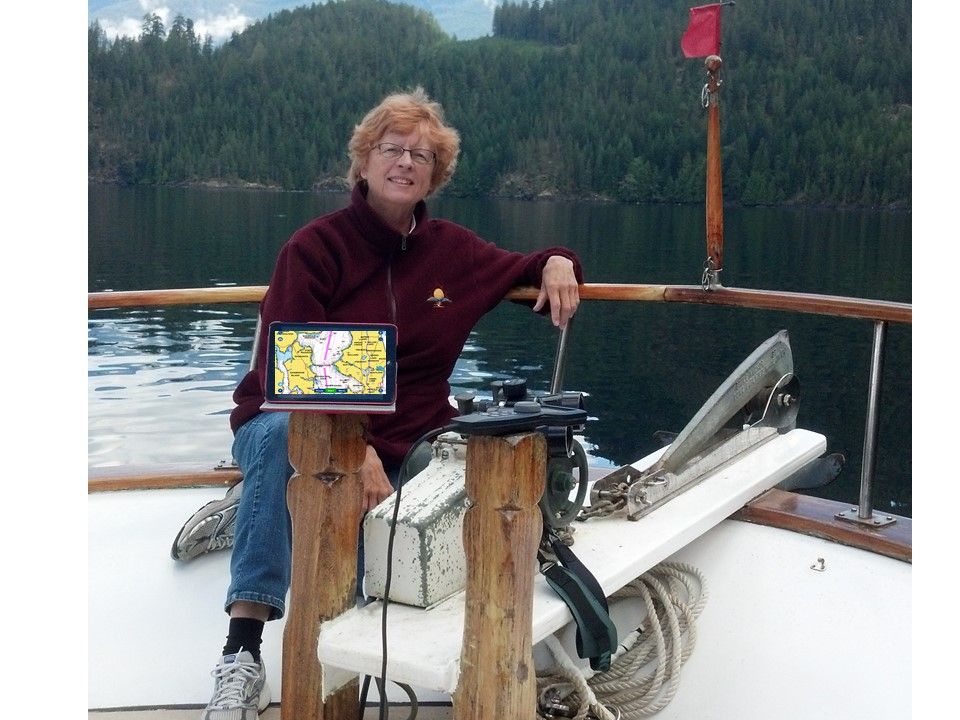 Capt. Linda Lewis holds a USCG 100-Ton Masters License and provides customized on-the-water instruction, on-your-boat. An Emeritus Associate Professor from U of WA, she brings her professional educator background to presentations on navigation and boat handling topics yearly at the Seattle Boat Show, TrawlerFest, and yacht clubs. She is also a member of Northwest Women in Boating and Women Who Sail and Power Boat. As a Volunteer in the USCG Auxiliary, she teaches a 9-week Navigation course to the public. Linda has been an avid boater for 45 years (sail & power), with 25 years of hands-on experience cruising the Inside Passage (including nine cruises to SE Alaska). She now single-hands her 45’ trawler-style vessel, inviting friends to cruise with her. Visit her website. 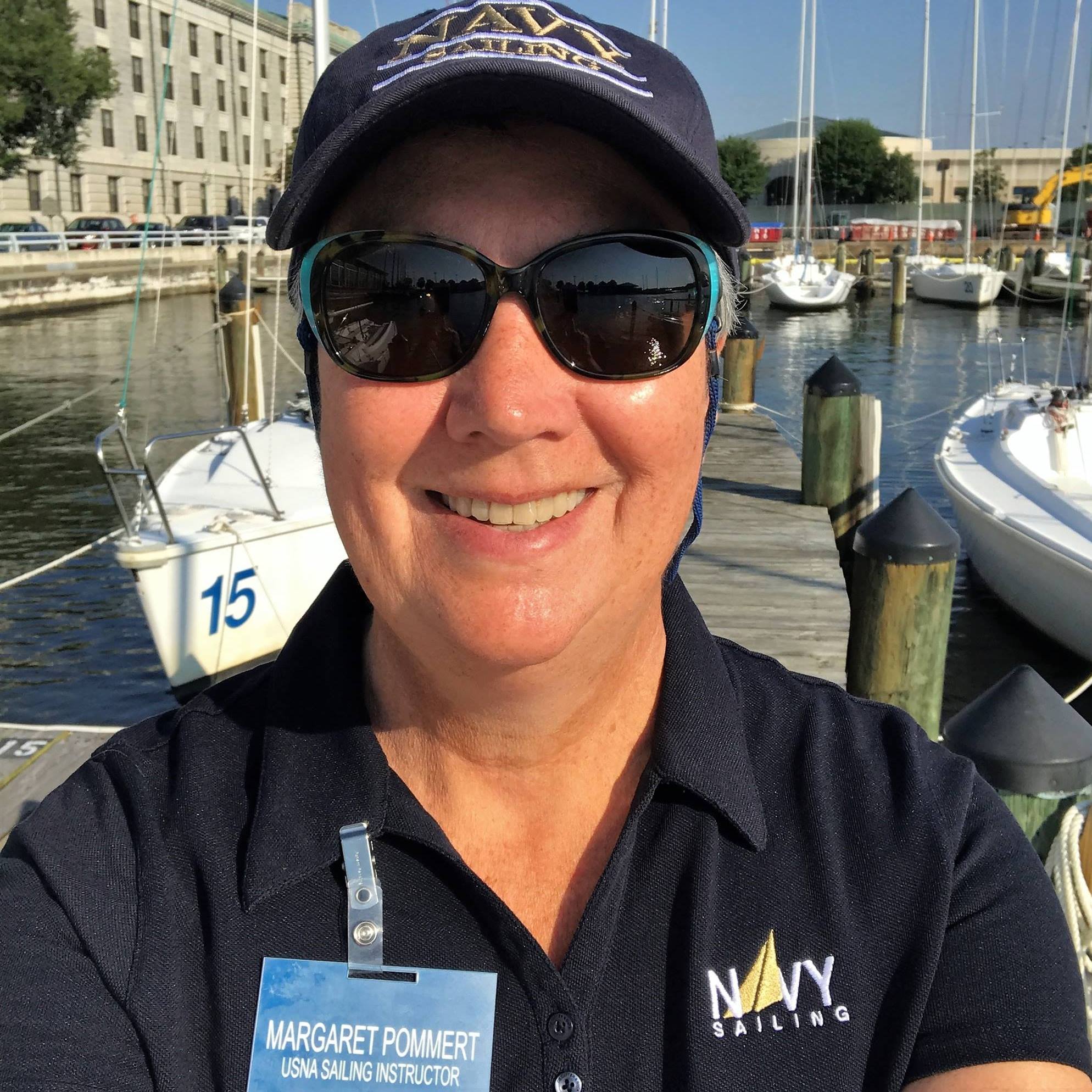 Margaret is a Puget Sound based boating instructor, teaching classes from beginning sailing through docking, bareboat chartering, coastal navigation, and advanced coastal cruising.  She’s a certified instructor with both the American Sailing Association and U.S. Sailing and holds a U.S. Coast Guard Master Captains License in Power, Sail, and Towing. Margaret is active in groups such as Northwest Women in Boating, Women Who Sail, and Women Who Sail and Power Cruise Pacific NW. Margaret teaches private, co-ed and women-only sailing lessons, including week-long “Learn-n-Cruise” San Juan Sailing courses that transform complete beginners into skippers able to bareboat charter anywhere in the world. She leads annual women-only flotillas and is in her 3rd year of leading the Seattle Sailing Women’s program.

Lee is a highly experienced professional meteorologist on land & at sea (with over 70,000 miles under his keel), a retired naval officer, author, & dynamic instructor and lecturer. He has a distinguished 40-year career, during which he received a number of awards and recognition. Lee’s career includes service with the U.S. Navy, the National Weather Service (NWS), & the private sector, specializing in maritime weather forecasting & ship routing. Lee is also the author of the book, Heavy Weather Avoidance, and has written numerous magazine articles. He is a speaker at a number of Safety at Sea Seminar Symposiums (SASS), marine trade, & boat shows. As a certified approved U.S. Coast Guard instructor for five maritime schools teaching Standards Training Certification, and Watch-Standing for Seafarers (STCW) for Basic and Advanced Meteorology. Lee is dedicated to educating and training every seagoing mariner on self-reliance for their own marine weather & forecasting, strategic routing, emphasizing prudent, independent decision making. 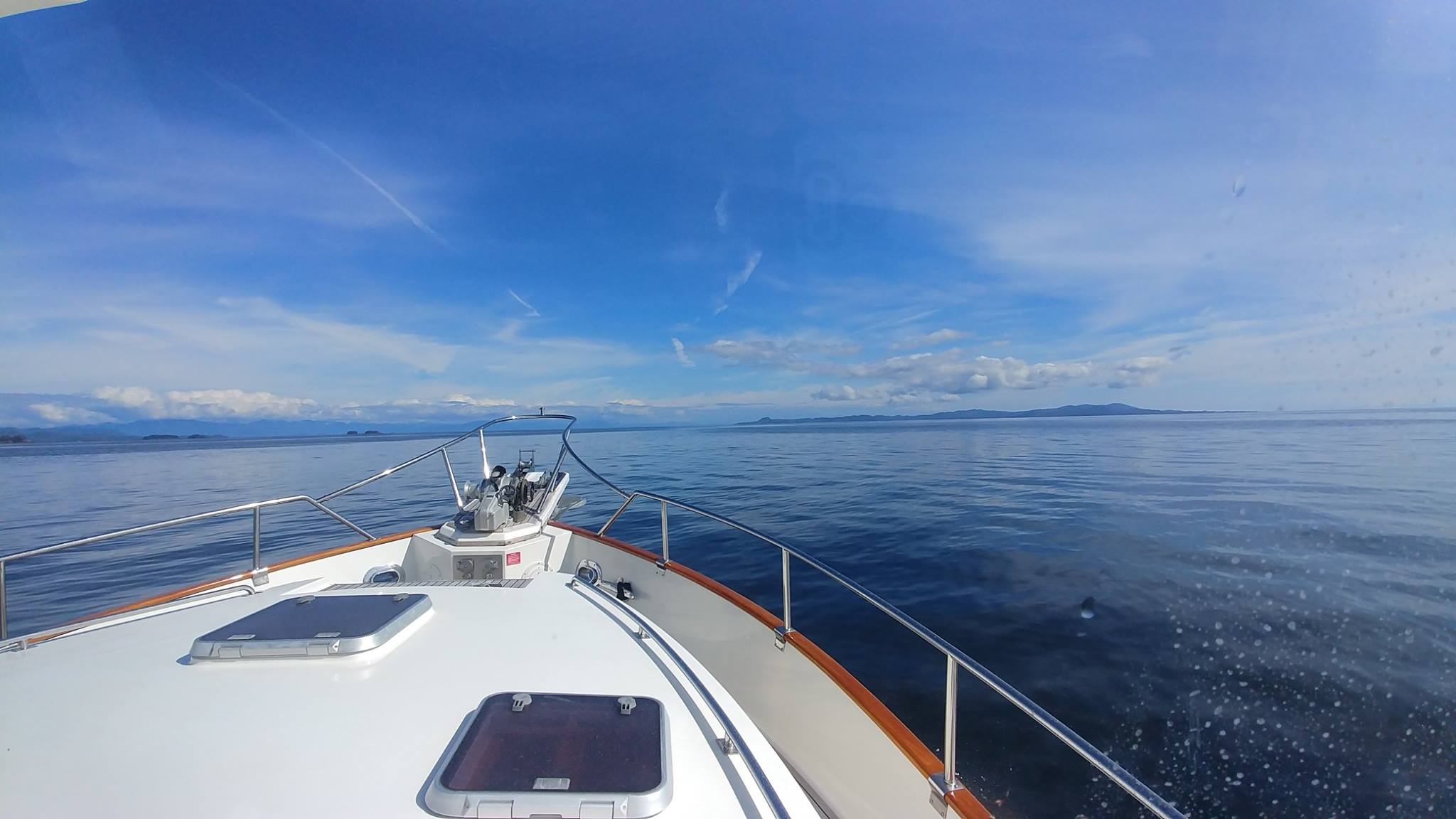 Andy Schwenk grew up in Anacortes working after school, summer and weekends aboard the charter boats, marinas, and boat dealers until he graduated from WWU. He continued to teach sailing on weekends throughout his military stint stationed at Ft. Lewis and 10yrs public school teaching. He has now completed 42 Trans Pacific crossings on sailboats 26′ to 72′ and dozens of deliveries from Mexico to Vancouver mostly starting from Seattle. He and his wife sail their SC-27 throughout the PNW year around with their two boys. Among their accomplishments are SC-27 national champions in 2015, Swiftsure and Vic Maui wins as well. 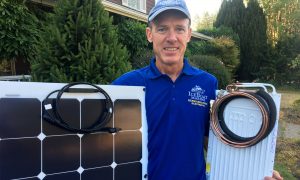 Woody is a retired military officer, offshore sailor, and owner of ‘IceBoat Marine’ specializing in marine refrigeration, solar and heating, and electrical. An ABYC Certified Master Technician, he is a factory certified installer and troubleshooter for most refrigeration/AC, and heating systems. Woody teaches Marine HVAC at the Skagit Valley Marine Maintenance Technology Program. When not fixing others’ boats, Woody and his family which includes three children, are out cruising (and of course, fixing stuff!) year-round 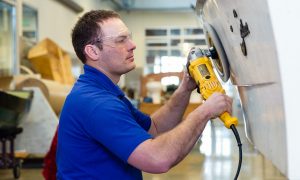 Learn from the expert on how to maintain your fiberglass boat. Local expert Jeff Paxson (Marine Detail Specialists)

Was into motorcycles and sailing dinghies as a teenager, and has never been far from mechanical things and boats ever since. In a varied career, before becoming a full-time sailing writer he worked on an automotive assembly line, in a foundry and machine shop, and on offshore oil production platforms. He and his wife, Terrie, built a couple of 70-foot canal boats (on which they lived aboard in Oxford), and a 39-foot Ingrid cutter. They then sailed a Pacific Seacraft 40 for 5 years, following which they had a Malo 45 built in Sweden. This was replaced by the same boat but with custom experimental electrical and propulsion systems. It was used by the European Union HYbrid MARine (HYMAR) project, of which Nigel was the Technical Director, for extensive testing of hybrid propulsion systems. Nigel is a member of the American Boat and Yacht Council (ABYC) Electrical Project Technical Committee. Nigel and Terrie have sailed in the North Sea, Scotland and points further north, the US east coast and Bahamas, and extensively in the Caribbean, with Pippin (now aged 28) and Paul (27) augmenting the crew along the way. Nigel is best known for his book Boatowner’s Mechanical and Electrical Manual, and his book Marine Diesel Engines, both in their third editions, and both considered the definitive works in their field and a must-have on every cruising vessel. In addition to over 200 magazine articles, he has also authored a ‘Cruising Guide to the Northwest Caribbean’, ‘Cuba: A Cruising Guide’, ‘Nigel Calder’s Cruising Handbook’, and How to Read a Nautical Chart. 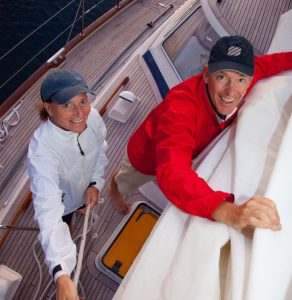 Amanda and John spend seven months at sea sailing 10,000 miles annually. When not at sea, they enjoy winter kayaking from their island home at Roche Harbor, 8 miles east of Victoria, B.C. Their website is: www.mahina.com 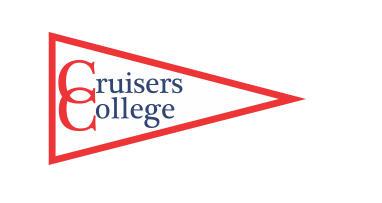 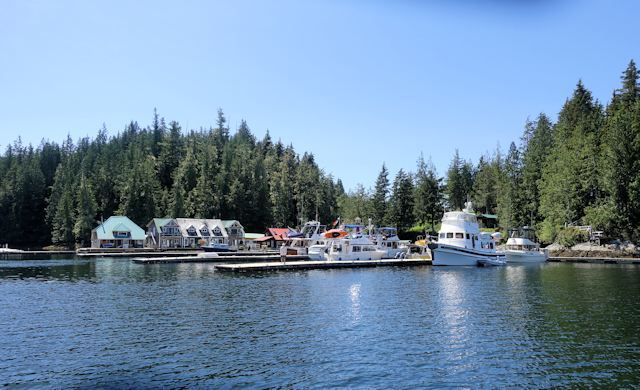