Towns and communities around the country will be celebrating Independence Day, a federal holiday in the United States commemorating the Declaration of Independence ratified on July 4, 1776 by the Continental Congress, proclaiming independence from Great Britain. The Declaration was drafted by Thomas Jefferson and refined with fellow committee members John Adams, Benjamin Franklin, Roger Sherman, and William Livingston. July 2022 celebrates the 246th year of the birth of American Independence.

Anacortes 4th Celebrations – Community parade starts at 10:30am and runs through Old Downtown Anacortes. Fireworks begin around 10pm at Seafarers Memorial Park on the waterfront over Fidalgo Bay. Call 360-293-3832 for more information.

Bellingham Blast Over the Bay – Live music and kid’s zones at Bellingham’s Downtown Waterfront (Waypoint Park). Fireworks begin around 10:30pm over Squalicum Harbor, visible throughout many locations in the city of Bellingham. For more information call 360-676-2500.

Blaine Old Fashioned 4th – Car Show from 8am to 1pm; Street Fair from 10am to 5pm with crafts, vendors, and pony rides; live music at three stages; and the Grand Parade at Noon. Fireworks display begins around 10:15pm at Marine Park over Semiahmoo Bay and can been seen from most downtown locations. For more information call 360-332-6484.

Bothell 4th Celebrations – Pancake Breakfast at Bothell Landing Park from 8:30am to 10:30am; children’s parade at 11:15am down Main Street Bothell, followed by the Grand Parade at Noon. Veteran’s Memorial Car Show 10am to 3pm at Pop Keeney Field, Bothell. No fireworks at Log Boom Park in Kenmore for 2022. Call 425-485-4353.

Des Moines – Destination Des Moines, family fun weekend with music, food trucks, and beer garden located near the harbormaster’s office at Des Moines Marina, 22307 Dock Avenue. Due to construction at the marina, no parking available in the north parking lot. Attendance on the Marina floor is limited to 3,000. Fireworks display at dusk. Call 206-870—7675 for more information, or email info@destinationdesmoines.org.

Edmonds Kind of 4th – Beat Brackett 5K Race and Baby Brackett 1K event. The popular children’s parade marches through the streets of Edmonds starting at 11:30am on July 4, followed by the main parade. Edmonds will not have fireworks at Civic Field since the Field is still under construction. Instead, the Chamber will be sponsoring the City of Mountlake Terrace fireworks on July 3 over Lake Ballinger, with a public viewing area. For more information call 425-670-1496 or see Edmondsfourth.com

Everett Thunder on the Bay – Live music at Legion Memorial Park, food trucks, beer garden, and activities for the kids. The festival starts at 3pm and ends about 10:30pm after the 22-minute fireworks display over Port Gardner Bay. No parking available at Legion Memorial Park on July 4th; Everett Transit will be providing free shuttle service from Everett Community College starting at 3pm. For more information call 425-257-7110.

Friday Harbor Rock the Dock – Annual 4th of July Parade down Spring Street at 10:30am followed by a picnic and live music at the San Juan Historical Museum grounds on Price Street. Fireworks begin around 10pm from a barge in the harbor, which can be seen from waterfront locations in downtown Friday Harbor. For more information call 360-378-5240.

Kingston – Shops open at 10am; the town parade runs from Noon to 1pm down Main Street; music begins at 5pm at Mike Wallace Park followed by fireworks around 10pm. Call 360-860-2239 for more information.

Port Orchard (Bremerton) – Live entertainment throughout the day at the Port Orchard Waterfront, followed by fireworks around 10pm. No scheduled parade.

Poulsbo – No fireworks or celebrations planned on July 3rd as in past years. The Viking Fest Corporation (a volunteer group) is focusing their efforts in putting on the annual Viking Fest held in May (May 20-22 for 2022) and the Christmas tree lighting held in November. For more information call 360-779-8657.

Roche Harbor – Join the fun at Roche Harbor with kids’ games on the lawn, donut eating contest, blindfolded dinghy race, and log-rolling; or join the 5K fun run. Fireworks begin at 10:30pm off the barge in the bay; anchor at least 300 feet from the barge, or make moorage reservations for stays at the docks. 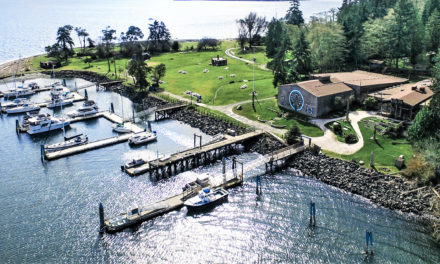 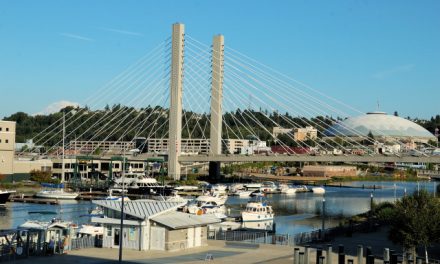 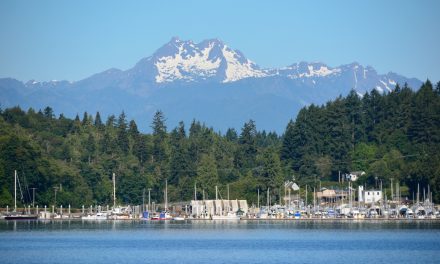 Puget Sound Bound; When the Float Plan Keeps You Close to Home 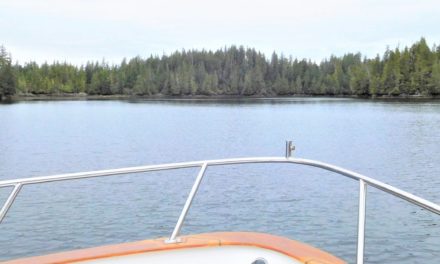