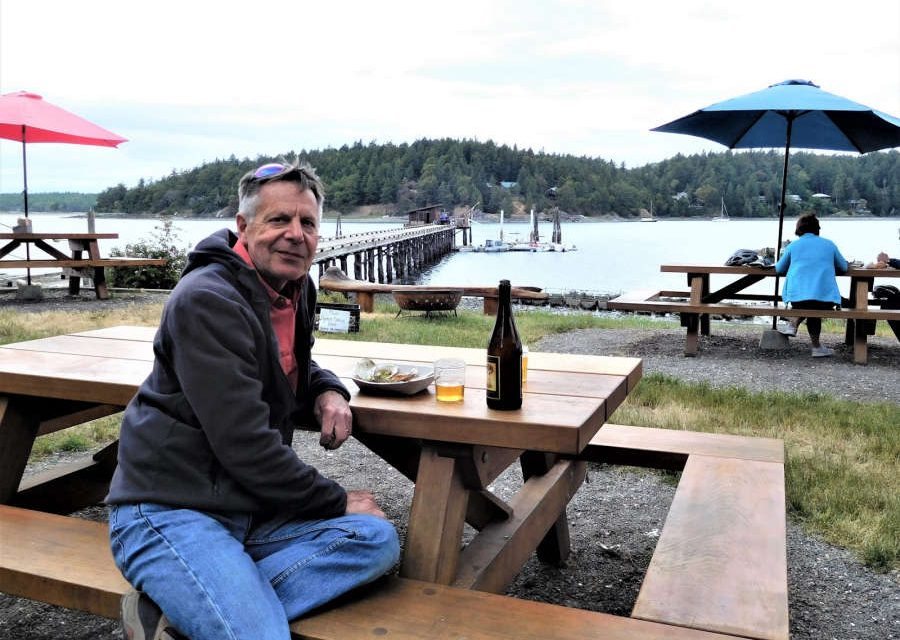 Each year, the editorial managing team of the Waggoner Cruising Guide, spend the summer cruising and discovering new updates for the next year Waggoner Guide. Read about Leonards and Lorena’s cruising adventures during their 2018 cruising season.

After a lovely stay at Roche Harbor, we headed east along Spieden Channel, noting the adorable cabins and lovely grounds of Lonesome Cove Resort, located along the north shore of San Juan Island in Lonesome Cove.

Boaters can tie-up to the resort’s dock if staying in one of the cabins. The resort is a charming step back in time with an emphasis on relaxation and leaving the distractions of a busy world behind. Caution, the dock may be lively due to boat wakes and wind out of the north. Heading across San Juan Channel, we wound our way through the Wasp Islands and into Harney Channel.

Boat traffic continued to pick up as we neared Shaw Island. it was a busy weekend with numerous pleasure boats coming and going from every direction; it seemed that everyone was in a hurry to get somewhere. When it gets crowded, we stay off to one side allowing room for faster boats to pass us. As we approached the north end of Lopez Island near Humphrey Head, a boat passed us on our port side, and another boat coming from the opposite direction was ready to also pass along our port side; the shoals of Humphrey Head were to our starboard (right side). In the distance, we saw a high-speed tour boat headed our way. Avoiding the boats to our port side, the tour boat kept heading directly at us going 24 knots; perhaps he doesn’t see us, we thought. We couldn’t turn to port because of other traffic, and we couldn’t turn to starboard into Humphrey Head, and we didn’t want to stop dead in the water and lose our maneuverability if he hadn’t seen us.

The Eternal Attraction of Roche Harbor

Boaters return again and again to Roche Harbor, and it doesn’t take long to understand why. The services are great, and there is so much to see and do. You can walk around the historic limestone kilns; hike the trails to the quarries above the marina; visit the historic Company Store and historic Hotel de Haro; walk the forest trail to the McMillin Family Mausoleum; visit the Sculpture Park with pieces of art along the trail; swim in the outdoor swimming pool; enjoy the cafes and fine dining restaurant; buy ice cream, donuts, and coffee from the summer vendors; purchase shellfish dockside; and Leonard’s favorite, watch the airplanes come and go from the small airstrip.

Visitors to Roche Harbor can rent mopeds or take the dinghy to nearby English Camp in Garrison Bay, where the British established themselves during the Pig War from 1858-1872  to see the blockhouse and other military buildings from the period. Or take the dinghy to the Westcott Bay Shellfish farm for some fresh barbecued oysters.

Large, scenic Westcott Bay offers a consistent flat bottom for anchoring with moderate protection. It’s a lovely spot that can accommodate a large number of boats. Like us, most boaters come here to take advantage of the opportunity to visit the Westcott Bay Shellfish Co farm.

Boaters can tie-up at the farm’s dinghy dock (bow-tie only) and come ashore to purchase shellfish to-go, snack on shucked oysters, or enjoy fresh BBQ oysters served on weekdays.

After exchanging goodbyes with our friends Knut and Christine, we departed Sidney and headed for the scenic and mysterious island of D’Arcy. Located on the Canadian side of Haro Strait, D’Arcy was one of several islands used to smuggle liquor into the U.S. during Prohibition. A more unfortunate piece of history took place between 1894 and 1924 when the island was used as a leper colony, primarily for immigrant Chinese laborers, some of whom lived out the rest of their lives on the island. A plaque on a rock above the east side cove memorializes 14 Chinese lepers who died on the island, victims of leprosy and prejudice.

While the small cove on the west side of the island is closest to the ruins, we felt the anchorage on the east side of the island was best; holding was moderate with mixed mud and rock. We dropped the hook in 16 feet of water and took turns going ashore and at anchor watch.

A marked trail leads to the west side of the island, where a few ruins remain, including walls of the caretaker’s house and foundations of buildings that housed the lepers.

On this return trip south, we once again chose Pacific Gateway Marina in Port Renfrew for moorage.  We were pleased to see that repairs to their docks had been completed and that the new Bridgemans Grill is scheduled to open June 1.

Having arrived in the afternoon, we used the time to hike the stairs (120 steps with switchbacks) that lead to the road above.

Left at the top of the stairs is Tomi’s Home Cooking Café. A short walk to the right brings you to the Coastal Kitchen Café, which serves breakfast all day from 8 a.m. to 4 p.m. Further down the road from the Coastal Kitchen Café’ are the Port Renfrew Community Docks, scheduled to be placed in the water on June 1 for the summer season.

Anchorage in Esquimalt Harbour is located just off Cole Island with beautiful views of the Olympic Mountains.  Some swell makes its way into the harbour, but it’s a small price to pay for the opportunity to visit some significant historic sites.

The Fisgard Lighthouse, a National Historic Site, marks the entrance to Esquimalt Harbour. Built between 1859 and 1860, Fisgard was Canada’s first lighthouse on the west coast.  At the time, Vancouver Island was not yet part of Canada, and the British Royal Navy’s Pacific Squadron had established themselves at Esquimalt Harbour. Local brickyards and quarries supplied materials for the construction of the lighthouse; the lens and lamp apparatus came from England with the first keeper, George Davies in 1859.

The cast-iron spiral staircase in the tower was made in sections in San Francisco. Around 1897, permanent steel shutters were added to the landward side of the lantern room after cracks in the windows appeared, caused by the concussion from 6-inch guns fired from the newly built Fort Rodd Hill, located near the lighthouse.

The lighthouse is still operational today and was automated in 1929.  In the early 1940’s, the acetylene lamp in the tower was replaced by a battery-powered electric light. We visited the lighthouse by dinghy, anchoring off one of several beaches near the lighthouse. The Fisgard Lighthouse is open to the public from 10 a.m. to 5 p.m., June through October, along with the nearby Fort Rodd Hill National Historic Site.  A Park Ranger collects a small fee, or you can pay at the entrance to the Rodd Hill grounds. Two floors of the lighthouse display photos, artifacts, and provide historical background. 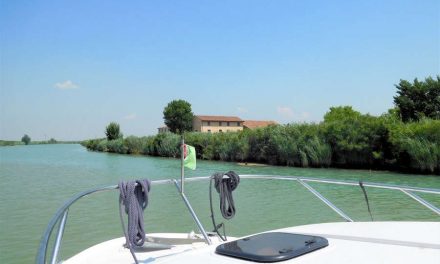 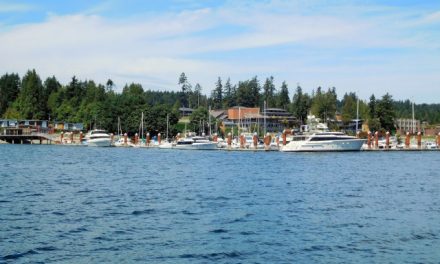 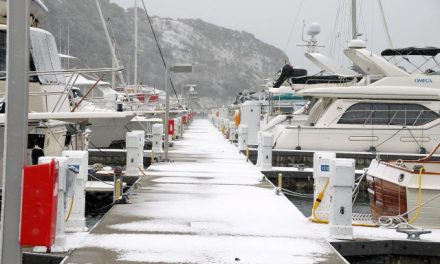 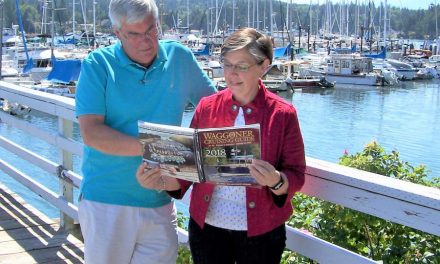 Check the Year on Your Waggoner Cruising Guide